4 Preferential Trade Agreements to Have on Your Radar in 2015 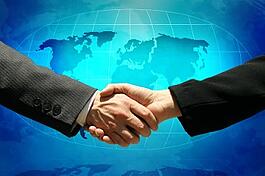 Could 2015 be the year of preferential trade agreements? We are only a few weeks in, but both President Obama and Congress have made it clear that ratifying preferential trade agreements is a top priority. With a new Republican majority in Congress and Obama hoping to solidify his legacy of expanding free trade, action on a number of trade issues is sure to be a major legislative theme this year.

This is exciting news for global companies, as it presents many opportunities for significant duty savings. According to Politico, here are four trade agreements you should be paying attention to in 2015:

For more information, please check out articles from Forbes and Politico. Be sure to check back on our blog for updates on the status of these trade agreement negotiations!

While preferential trade agreements present cost savings opportunities for companies, many will fail to take advantage of them due to the perceived difficulty of qualifying and administering trade agreements. Luckily, Amber Road’s Trade Agreement Management solution can simplify and automate the supplier solicitation, qualification and certificate management process, enabling you to minimize duties, reduce manual efforts, and ensure adherence to compliance regulations. Download our Trade Agreement Management brochure to find out more.