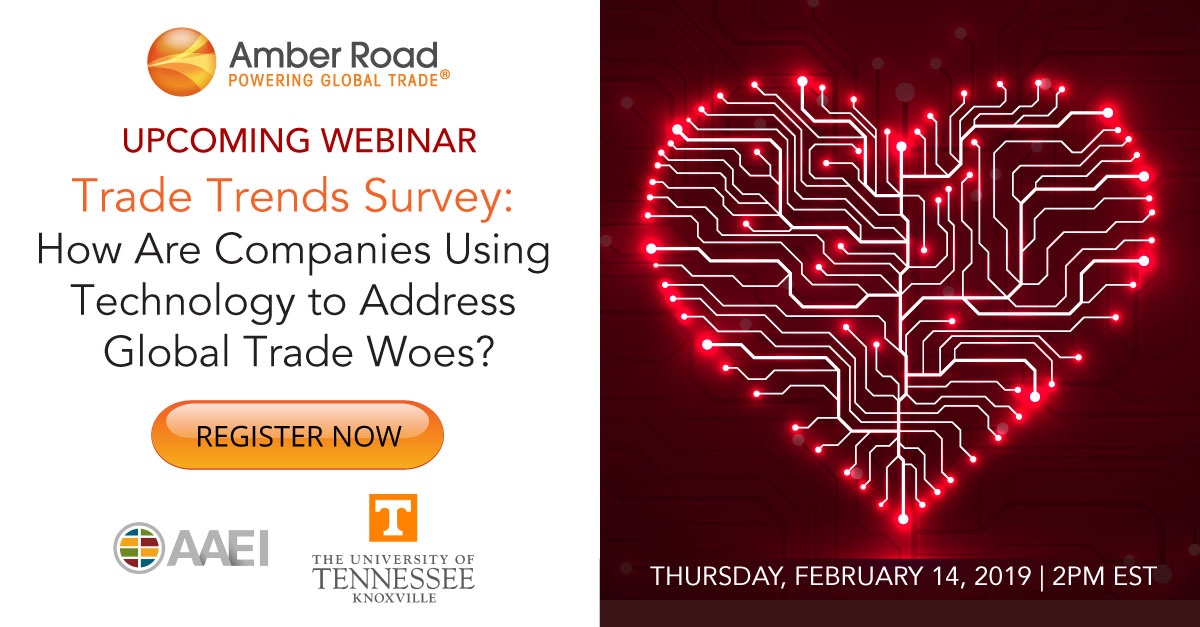 Global trade has never been as ubiquitous as it is today. Technology of all kinds – from transportation tech like containerization, cargo aircraft, and supermax vessels all the way to the digital global e-commerce marketplace – facilitates an unprecedented flow of products around the world. At the same time, tariff and sanction shifts have become the main enemy of the supply chain manager, who relies on consistency and certainty to plan and execute global trade.

Next week's webinar on February 14 seeks to answer the question: How can we leverage technology to overcome emerging and enduring global supply chain management risks? Amber Road and AAEI conducted a survey of supply chain professionals involved with global trade in order to gain a clearer picture of the primary challenges facing the community, and how their companies are using technology to address these challenges.

END_OF_DOCUMENT_TOKEN_TO_BE_REPLACED 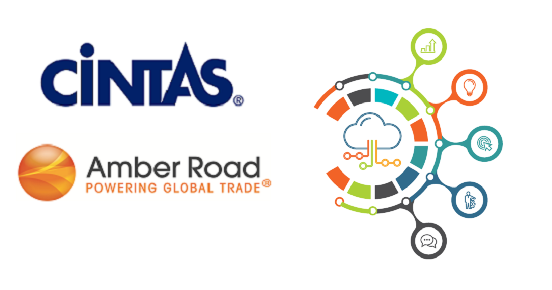 END_OF_DOCUMENT_TOKEN_TO_BE_REPLACED

After months of discussion and to-and-fro activity, the US and Canada reached a late hour agreement on a framework for a renewed trilateral trade agreement that will replace NAFTA. The “US-Mexico-Canada Agreement” or USMCA is a “new, modernized trade agreement”, according to the joint statement released on Sunday evening by US Trade Representative Robert Lighthizer and Canadian Foreign Minister Chrystia Freeland — the two top negotiators on USMCA.

END_OF_DOCUMENT_TOKEN_TO_BE_REPLACED

Focus on the Comprehensive Economic and Trade Agreement (CETA) 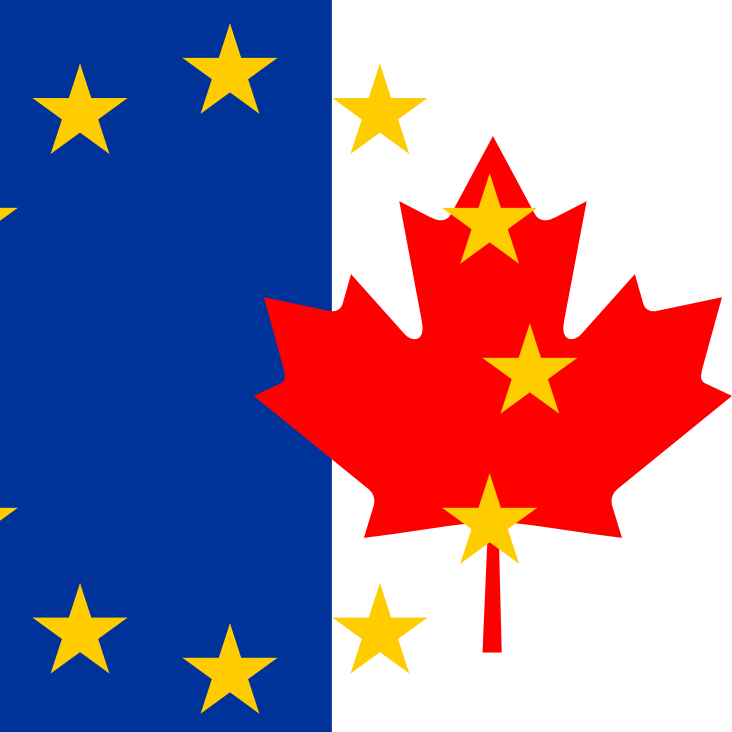 On February 29, 2016, Canada’s Minister of International Trade, Chrystia Freeland, and the European Union’s Commissioner for Trade, Cecilia Malmström, announced the completion of the legal review of the Comprehensive Economic Trade Agreement (CETA). After many years of negotiations, this European Union (EU) and Canadian treaty could finally be signed at the forthcoming EU-Canada Summit in Brussels on October 27, 2016. The EU considers it to be “a milestone in European trade policy” and “the most ambitious trade agreement that the EU has ever concluded.”  Those in favor of CETA argue that it will boost trade between the EU and Canada. Critics argue that the agreement is unduly favorable to businesses and may lead to a lowering of regulatory standards.  With a provisional application possible in the near future, let’s take a closer look at what’s at stake and why CETA matters.

END_OF_DOCUMENT_TOKEN_TO_BE_REPLACED

Not all Free Trade Agreements are the same, and one of the most frustrating differences is how they define Rules of Origin. How can you tell which products qualify for each agreement?

END_OF_DOCUMENT_TOKEN_TO_BE_REPLACED

4 Preferential Trade Agreements to Have on Your Radar in 2015 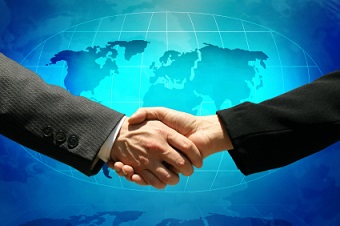 Could 2015 be the year of preferential trade agreements? We are only a few weeks in, but both President Obama and Congress have made it clear that ratifying preferential trade agreements is a top priority. With a new Republican majority in Congress and Obama hoping to solidify his legacy of expanding free trade, action on a number of trade issues is sure to be a major legislative theme this year.

END_OF_DOCUMENT_TOKEN_TO_BE_REPLACED

Free Trade Agreements have become more popular (and challenging) than ever

We’ve all seen the statistics on how much global trade is expected to grow in the next few years. With that growth comes a multitude of free trade agreements: there are more than 500 FTAs today. William Methenitis, Global Director of Customs and International Trade at Ernst & Young, told Treasury & Risk this week that the pace at which new agreements are being put in place is accelerating.

END_OF_DOCUMENT_TOKEN_TO_BE_REPLACED

Posted by Annika Helmrich on December 9, 2010 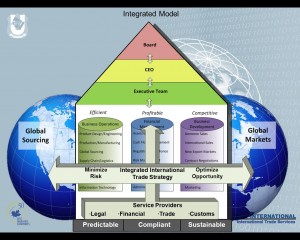 a guest blog by Nigel Fortlage of International Trade Compliance Strategy at GHY.

An industry leading organization specializing in window covering was able to save over $6M in duty as a result of having an effective integrated trade compliance strategy. By coordinating NAFTA with organizational processes by use of a compliance champion, the company was able to assign tariff to every item.

END_OF_DOCUMENT_TOKEN_TO_BE_REPLACED

U.S. Commerce Secretary Gary Locke, hosted a meeting for North America’s Industry Ministers. Tony Clement, Canada’s Minister of Industry, and Bruno Ferrari, Mexico’s Secretary of Economy, were in attendance. They discussed the importance of trilateral cooperation on issues such as the National Export Initiative. The leaders agreed to identify ways to encourage small and medium-sized firms to export their goods and services. Secretary Locked added: